Muhammad and the Genocide of the Jews 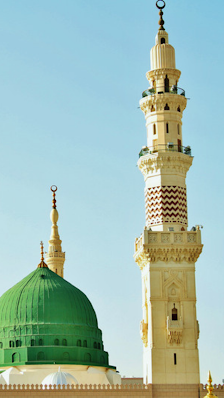 The following text was written by F. W. Burleigh, author of the book, It's All About Muhammad, reprinted here with permission. Burleigh's biographical and historical information is based entirely on mainstream Islamic sources considered authoritative by Islamic scholars.

If Muhammad were alive today, he would be put on trial for numerous crimes against humanity. One of the main charges against him would be genocide against the Jews of Arabia.

There are a number of incidents that make up the genocide accusation, but the chief among them was the beheading of anywhere from 400 to 900 Jewish men and boys, with 700 being the likely number of victims.

What pushed Muhammad to genocide was hatred. He hated the Jews because they rejected him and his religion, which was an amalgamation of Jewish and Christian and other religious beliefs. He claimed to be their prophet and insisted he was “commissioned” by Allah to restore the true faith of Abraham, but they laughed in his face. He was an Arab of Yemeni origin, not a Jew.

These crimes occurred in Yathrib, later known as Medina, and later extended outward to other Jewish communities. Yathrib, which at the time was half Jewish, became home to Muhammad after he fled Mecca, his town of birth. He barely escaped with his life after his compatriots decided they must kill him to keep him from destroying their way of life. His dramatic escape occurred in A.D. 622. At the time Yathrib was an agricultural valley with a population of 20,000. The Jews were distributed among three major tribes.

Muhammad thought the Jews would welcome him with open arms. He claimed to be a prophet of the line of Abraham, and in Mecca he had composed a number of Koran chapters having to do with the prophets, mostly of Biblical fame. He recited them to the Jewish rabbis of Yathrib as proof he was who he claimed to be. The Jews analyzed them and found his prophet stories were versions of derivative legends, not from the Bible, and so they rejected him.

While in Mecca, Muhammad had developed curse prayers — hate prayers — that he and his followers recited against the Meccans for rejecting him. He now turned his curses on the Jews. He branded them as apes and pigs and stirred up hatred against them in diatribes from the pulpit at his mosque. “They are mischief makers. They are fools. The Jews deny the truth,” he screamed on one occasion. (Ibn Ishaq, The Life of Muhammad, p. 248)

He composed numerous Koran verses that seethed with the hatred he felt for the Jews for rejecting him. In verse after verse he warned them that hellfire awaited them for not believing in him. “Sufficient for the Jew is the Flaming Fire!” he said in Koran 4:55. In another he said, “There is a grievous punishment awaiting them. Satan tells them not to believe so they will end up in Hell.” (Koran 59:14)

When the Jews continued to resist him, Muhammad resorted to genocide. This began less than two years after he arrived in Yathrib. He and his growing corps of zealots attacked one of the Jewish tribes and after a two-week siege the Jews surrendered. Muhammad wanted to behead them all, but was talked out of it by one of the pagan allies of the Jews.

A year later, Muhammad forced the second of the three Jewish tribes to leave Yathrib, under penalty of death if they did not. He seized all of their wealth — fortresses, homes, date plantations, crop fields, and weapons — and distributed them among the elite of his followers from Mecca, but retained major properties for himself.

From his base in Yathrib, he was in constant conflict with the Meccans. He attacked their caravans, provoking an armed resistance. Muhammad and the Meccans fought two important battles, at Badr (A.D. 624) and Uhud (A.D. 625). A third came about two years after Uhud when the Meccans attacked Yathrib with a force of 12,000 men, but were stopped by a deep and lengthy trench Muhammad dug around the vulnerable areas of the valley. The last remaining Jewish tribe, the Qurayzas, whose territory was in the southeast corner of the sprawling valley, at first tried to remain neutral, then sided with the invaders, then changed their mind.

This misstep gave Muhammad the pretext to attack them. After the Meccan army left, Muhammad’s forces laid siege to the Qurayza fortress. Three weeks later the Jews gave up and begged Muhammad to allow them to leave. But he had been itching to mass murder the Jews for a long time. All of the men and adolescent boys, very likely about 700 in all, were force-marched to the interior of the valley to a compound near Muhammad’s mosque. The next day, he had a deep trench dug in the marketplace near the mosque. The Jews were led out of the compound five or six at a time. At the edge of the trench, they were forced to their knees and their heads were cut off. The heads and the torsos were thrown into the ditch.

Two of Muhammad’s first cousins, Ali, who later conquered Persia, and Zubayr, who died decades later owning $3 billion in gold alone (in today's dollars), did most of the beheading. At a rate of one victim per minute, it would have taken them almost 12 hours to kill that many people. Following the massacre, he enslaved all of the women and children, about 1,000 in all. He broke them up into five lots of 200 each. He kept two hundred for himself and sold two lots to two of the wealthiest of his Meccan followers. The rest he sent to slave markets in Syria where they were sold and the profits used to buy weapons and horses.

Violence is Muhammad’s legacy to the world. It is his Sunna, the example of his behavior in furtherance of “Allah’s cause,” which in effect means in furtherance of his cause of control, domination, and subjugation to impose his idea of God.

His idea of God was a reflection of who he was: hate-filled, vengeful, and without mercy toward people who rejected him.

F. W. Burleigh is the author of It’s All About Muhammad: A Biography of the World’s Most Notorious Prophet. He blogs at www.itsallaboutmuhammad.com.